SymAsia Foundation (“SymAsia”) is a Non-profit Organisation under the Singapore Economic Development Board's Tax Incentive Scheme. Founded in 2010, SymAsia provides a platform to engage in philanthropy. It is the only platform in APAC private banking that gives clients an actual instrument to do effective philanthropy in a very easy, seamless way, with Credit Suisse providing the infrastructure, manpower and expertise. SymAsia also runs the SymAsia Singapore Fund, which enjoys Institution of a Public Character status under the Charities Act. 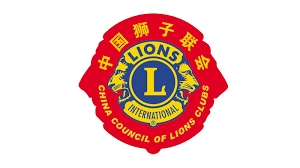 Lions Clubs International Foundation is an international non-political service organisation established originally in 1917 in Chicago, Illinois, by Melvin Jones. It is now headquartered in Oak Brook, Illinois, USA. As of January 2020, it had over 46,000 local clubs and more than 1.4 million members (including the youth wing Leo) in more than 200 countries around the world. The Lions motto is "We Serve".  Lions Club programs include sight conservation, hearing and speech conservation, diabetes awareness, youth outreach, international relations, environmental issues, and many other programs.

China Council of Lions Clubs (CCLC) was established in Beijing on June 14th, 2005, with Deng Pufang as the honorary president. Lionel joined the CCLC in 2006 and soon became the team leader in Beijing District. He is one of the founders of the two service teams of Beijing Guanghua and Beijing Renda. From 2008 to 2009, Lionel was elected as the chairman of CCLC, Beijing District. He formed the first "popularly elected" leadership team in Beijing and set a historical record of more than 100% growth rate of members in Beijing. In 2017, Lionel won the Humanitarian Partnership Award from Lions Clubs International.

Li Foundation is a member of Asia Philanthropy Circle

Li Foundation is a member of Asia Philanthropy Circle

The APC is different from other intermediaries, as it is action-biased, and driven by experienced philanthropists themselves.  The founding board members are Singaporean philanthropists Stanley Tan and Laurence Lien,  the CEO, and Indonesian philanthropist Cherie Nursalim.

Vision: An inclusive nation where individuals are resilient and communities are closely-knitted through sport. SportCares was established in 2012…

Vision: An inclusive nation where individuals are resilient and communities are closely-knitted through sport.

SportCares was established in 2012 as the philanthropic arm of Sport Singapore to enable vulnerable individuals and persons with disabilities to experience and reap the benefits of sport by instilling confidence and elevating one’s outlook to life. In addition, SportCares was to cultivate a spirit of sport philanthropy among corporates and community partners where Sport Singapore provides dollar-for-dollar matching for donations to SportCares.

Renmin University of China established the China Institute for Philanthropy and Social Innovation on July 26, 2016. It is a university-based think tank and…

Renmin University of China established the China Institute for Philanthropy and Social Innovation on July 26, 2016. It is a university-based think tank and a research and education center of Philanthropy. The Institute Integrates excellent scholars at home and abroad and has an international and strategic viewpoint. Their researches focus on three major fields: philanthropic culture, cross-sectoral cooperation and sector governance. The Institute aims to become the leader of public research and the engine of social innovation through academic research, talent cultivation, practical consultation, social advocacy and decision-making participation.

A world leader in international school advancement that strengthens SAS’s ability to prepare exceptional thinkers for the future.

Grow the culture of philanthropy for the benefit of the current and future SAS community.

The SAS Foundations were established for the objectives of: providing funding for the educational programs, operations and capital initiatives at SAS; meeting the fundamental educational needs of students; and raising funds and obtaining financial assistance through donations, sponsorships or otherwise from the public for the attainment of the above objectives. 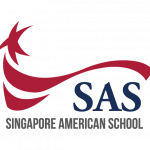 Founded in 1952, PPIS (Persatuan Pemudi Islam Singapura or the Singapore Muslim Women’s Association) is a non-profit organisation focused on community services. PPIS is dedicated to helping less-privileged women, children and families through holistic community programmes. PPIS runs three core community services namely Family Services, Student Care and Early Childhood Education (ECE). With 16 centres island-wide, the services work together to provide quality and holistic support as well as developmental programmes for women and their families across the different phases of their lives.

Only Love and Dream Matter

A.D.A Productions is made up of a team of passionate, talented, inspired, and strong-willed individuals…

Only Love and Dream Matter

A.D.A Productions is made up of a team of passionate, talented, inspired, and strong-willed individuals. They excel in telling moving stories of ordinary people and families through photography and short documentaries, by gathering memories of past events through interviews. These narratives are then published as artworks, books, short documentary films, and exhibitions to inspire the expression of love and the power of aspirations.

A.D.A (Ai.Dream.Art) Productions has published publish several charity arts journals in Singapore and Taiwan surrounding the themes of dreams and exploration. Since 2020, they have been collaborating with family offices in cultural heritage projects where they compile, document and copyedit historical texts of selected Chinese families.

Social Innovator, founded in 2018, with “the power of innovation and nurturing” as its vision, is an influential Chinese new media platform…

Social Innovator, founded in 2018, with "the power of innovation and nurturing" as its vision, is an influential Chinese new media platform.

Engineering Good is a Singapore based charity that works to empower inclusivity for all through sustainable engineering and technology solutions.  The two communities that they focus the efforts on are persons with disabilities (PWDs) and low-income families.

A world where everyone is able to lead lives of dignity and opportunities through improved engineering and digital capacities at the local community level.